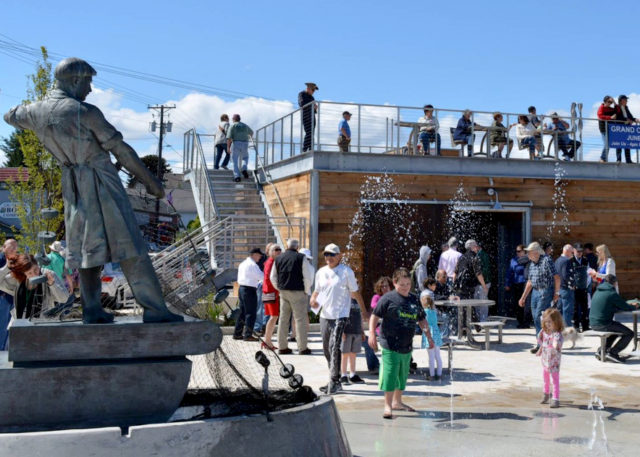 It was with great joy and excitement that Mayor Jill Guernsey cut the ribbon for the long-awaited opening of Welcome Plaza at Skansie Brothers Park in Gig Harbor on Thursday, June 1st. Representatives from Nakano Associates were there to celebrate the completion of this new plaza. There is more to the plaza than meets the eye: concealed in the restroom building and under the plaza itself is a new sewer lift station, which replaces a temporary lift station that was previously located in the park. Nakano Associates, as part of the Parametrix design team, worked closely with City of Gig Harbor staff to design the plaza and Skansie Brothers Park improvements. There were a number of parameters that needed to be met in the design of the plaza. 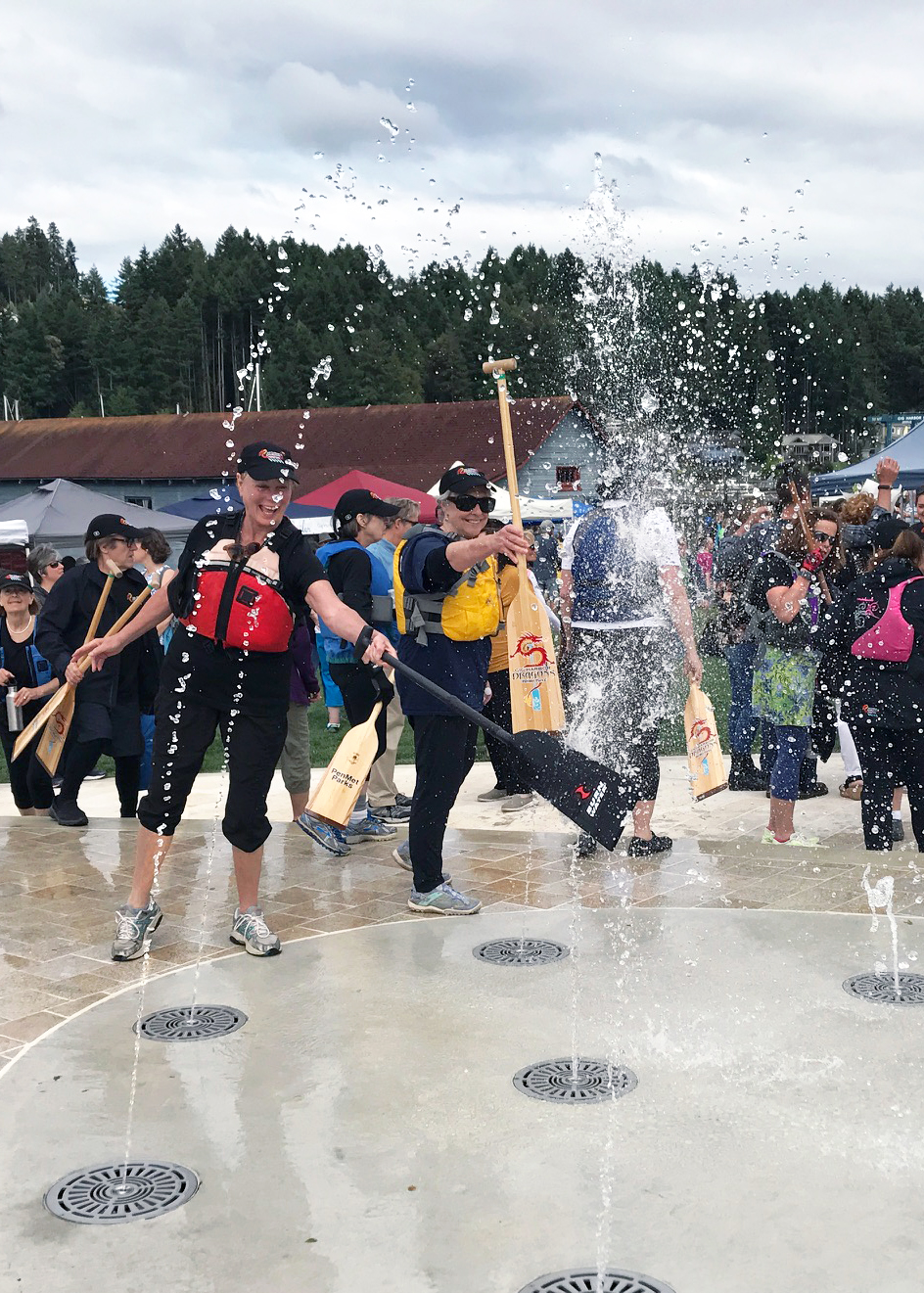 The new plaza features stone paving reminiscent of seashells or beaches, and it integrates with Skansie Brothers Park through a series of undulating steps and a pathway leading down to Jerisich Dock. Low walls and picnic tables provide ample seating for picnics or for attending a summer concert. 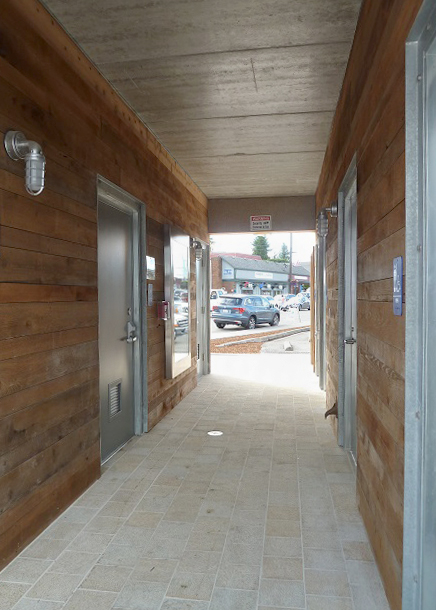 Working with Brett Marlo Design and architect David K. Fisher, the design team selected cohesive materials such as granite stone, cedar, concrete and stainless steel to tie the plaza and the building together.

Read more about the project and the grand opening here.