The Seattle Design Commission announced the winners of the Commission’s 2010-2011 Design Excellence Awards today. Fire Station #30 was one of five winning projects selected from the many public buildings, parks and open spaces completed in Seattle in the past two years. Fire Station #30 was chosen because it exemplifies the values of the Design Commission: inspired design, contextual integration, innovative sustainability, social inclusion, exemplary partnerships, effective investment, and impeccable execution.

Completed in April of 2011, the Mount Baker Fire Station (#30) is located off Mount Baker Boulevard close to Franklin High School. The landscape along the boulevard is more formal, reflecting the character of the boulevard, where as the landscapes on the other three sides is more is more playful. Thoughtful selection was made to use not only plant species that are drought tolerant and easy to maintain but that also compliment the copper facade of the building with bold leaf and flower colors of red and orange. A bioswale that collects run off from the parking areas runs along the west side of the building. 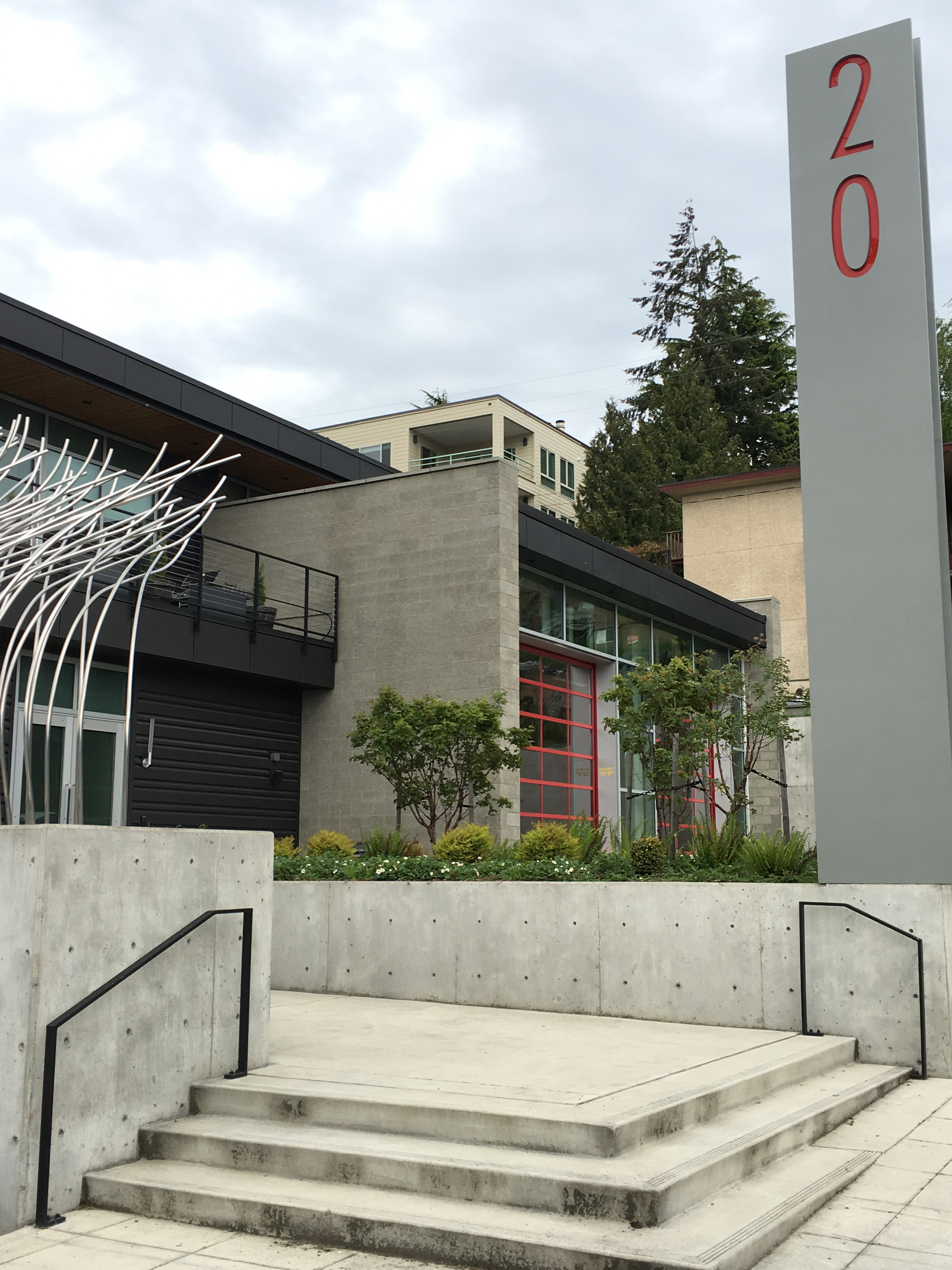 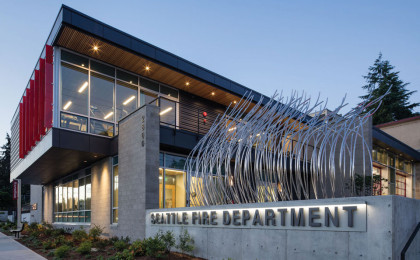 Fire Station 20 in Top 0.1% of All LEED Buildings Worldwide

Rainier Beach Community Center Up for Building of the Year