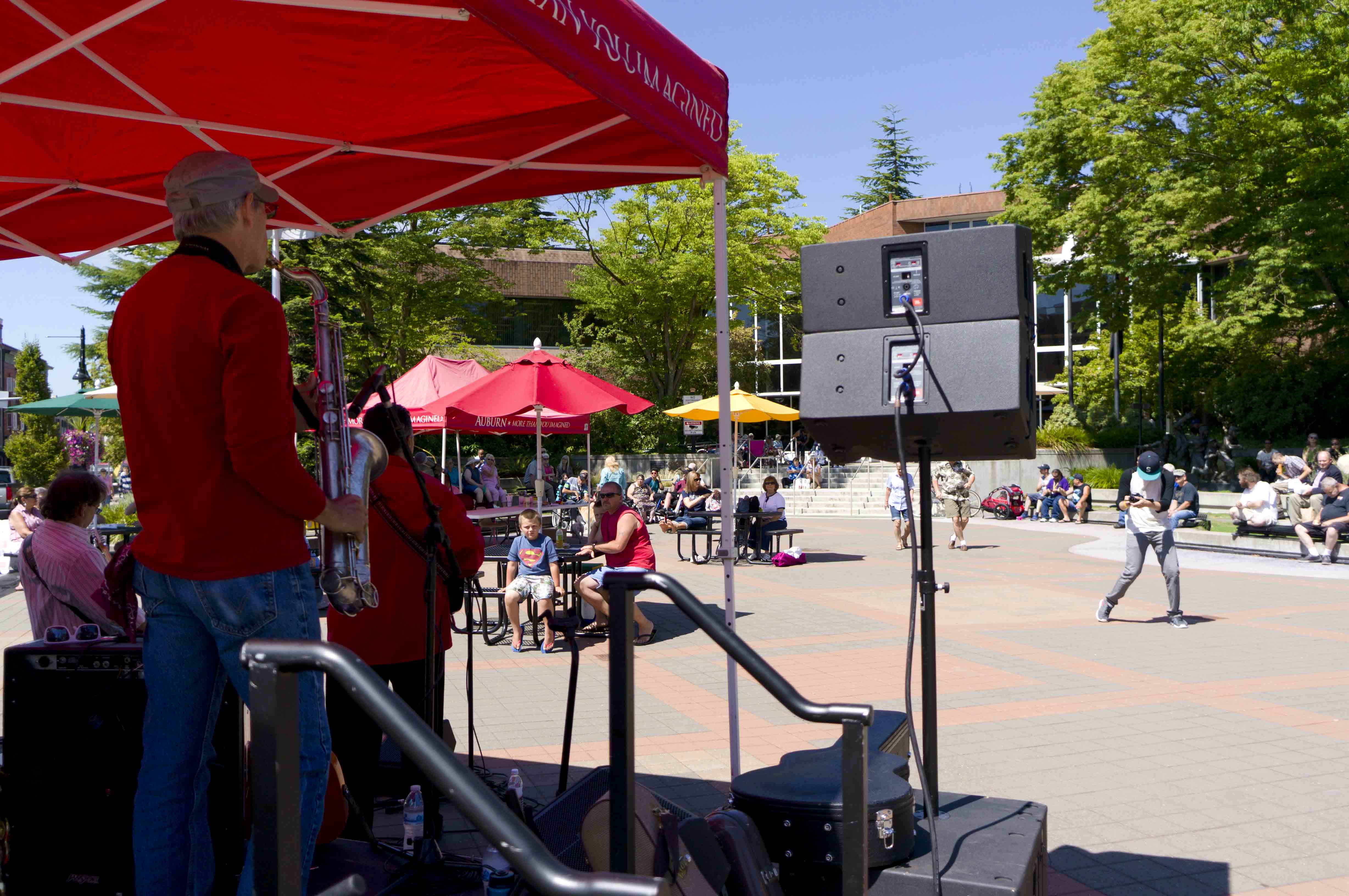 In addition to Soundbites, the Auburn Days is a home-grown community parade and festival that takes place in downtown Auburn every summer.

Aurburn’s efforts to revitalize its downtown seem to be working. Not only are people out having a good time, but a new building is going up kitty-corner to City Hall.

Concert-goers enjoy shade on the upper level of the plaza. Note the recirculating granite water feature to the left and terraces with new seating and planting areas beyond, both added in the 2011 plaza redesign. New construction is going up across the street.

Plaza Park, a temporary public space created in conjunction with the plaza redesign, filled up during the concert.

At times like lunchtime at Soundbites one understands how “the landscape truly comes into being only after the rituals of habitation have begun. Once it has been used by one person alone or many together for contemplation, play, or celebration, then it will flourish,” a motto Nakano Associates has been living by for years.