Welcome Plaza in downtown Gig Harbor is a new public plaza addition to the existing Skansie Park. A failing lift station located in the park was replaced, allowing for the new Welcome Plaza, which serves as a public space in keeping with the historic character of downtown Gig Harbor.  The plaza allows for ADA access to the Jerisich Dock via a gently sloped walkway that sinuously ties together the existing park with the new plaza and restroom/ lift station facility. The plaza, featuring the Fisherman’s Memorial statue and an interactive water feature, has been laid out to allow room for ample seating and lush planters while also serving as an access road for maintenance trucks to the lift station when needed.  Steps that create a gentle wave and tensile fabric shade structures tie the plaza in with the maritime history of Gig Harbor.

Washington State Chapter of the American Public Works Association Project of the Year, 2018 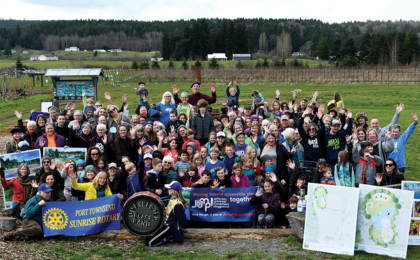 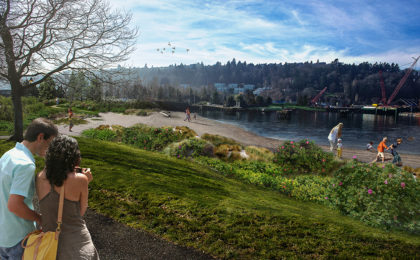